How new stories are written

By
Linda
on
“Songs end. Movies end. Even flowers and plants die after every season. So, stories also end. It’s just how things are.”
READ ARTICLE
Post a Comment
Personal Development

The year of the doers, the rebels, the builders

By
Linda
on
Every new beginning, whether it’s a new job, a new year or a new relationship we talk about our resolutions. This new year, more than ever before will be a year that just talking about them won’t do anymore. And especially how we talk about things will make the difference. This is the year of the rebels, the builders and the doers. The ones that have always known that there is a different way. The ones that are not going to wait anymore but are stepping up and make it happen.
READ ARTICLE
Post a Comment
Emotions Personal Development

Why I’m done trying to be man enough

By
Linda
on
More and more I see women and men opening up and talking about their feelings. Like this uplifing TEDTalk by Justin Baldoni.
READ ARTICLE
Post a Comment
Personal Development

Things are getting better

By
Linda
on
There’s a lot of upheaval in our world and people are saying that things are only getting worse. But then I notice the interview of the Dutch king in honor of his fiftieth birthday and I think... nah, things are getting better.
READ ARTICLE
Post a Comment
Personal Development

At the corner of love and faith

Corners, these mystical places between past and future. A pause between where you’ve been and where you want to go. A spot where it seems time is standing still and nothing happens.

You know exactly where you came from. The situations and persons you left behind. The things you really…

Having a dream is one thing. Talking about them and sharing your dreams with another person is something different. But do you believe that your dreams will come true? Do you feel deep within that everything you truly want in your life is possible? Thinking positive might not be enough….

I like flaws, in people and in things. I like the little cracks, dents and rifts. Frayed clothing that has been worn so many times. A book that has been read so often you can tell by the tattered pages. A face with lines and wrinkles. Why? Because they…

I am. Two words that in essence are unambiguous. They are a declaration of strength, of faith and self-worth. We don’t often see them like this, on their own. Most of the time we like to add something to them. A name, a profession or a trait. Something that…

And then, one day
there was no resistance anymore
her struggle was over
The moment the storm began
she noticed how much strength and balance she had in her
She shed her last skin
and the most beautiful colors appeared
They had been there all along
only now they could be seen in all their brightness
Powerful yet… 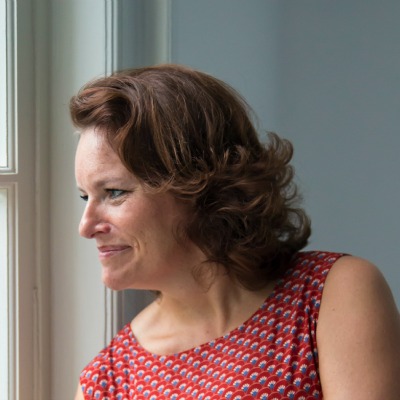